Powerday’s team ‘The Bandits’ has won the first ever national waste and recycling golf day.

‘The Bandits’ successfully ended the day winning the prized trophy, beating 21 other teams in the Lets Recycle organised competition. The tournament held at Buckinghamshire Golf Club in South Buckinghamshire raised more than £1,000 for the Child Bereavement Charity last week.

The winning team, made up of Chris Batterby, Richard O’Keefe (Dixie), Derrick Franklin and John Bradley, all proclaimed they only played golf once every six months!

Maintaining their innocence against claims they cheated the handicap system, Derrick Franklin, Contract Manager, Powerday says: “It was a great day and a well organised event. We were on great form as a team and are already looking forward to defending our title next year”. 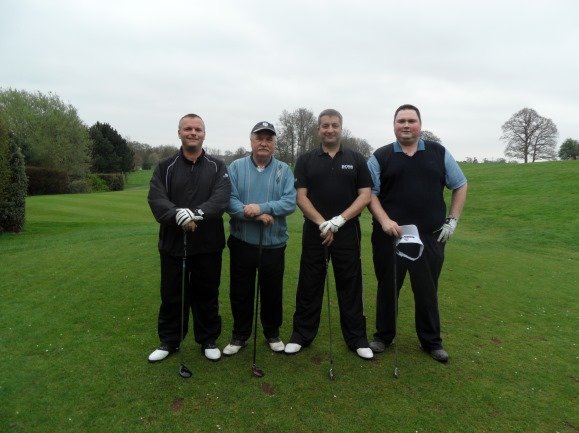