Sam, an amateur boxing champion who recently joined Powerday, took on Super Bantamweight boxer, Lucien, at the fundraising day held by Hooks ABC in Park Royal, London on Sunday 2nd October. The event raised nearly £2,000 which will not only help the club but also their boxers with the travel costs when competing around the country.

Spectator, Powerday’s Transport Manager, Bill Cox, said: “It’s a huge financial commitment to run a boxing club and we are only too pleased to help clubs like Hooks ABC to lighten the load and continue to support and nurture London’s boxing talents”. 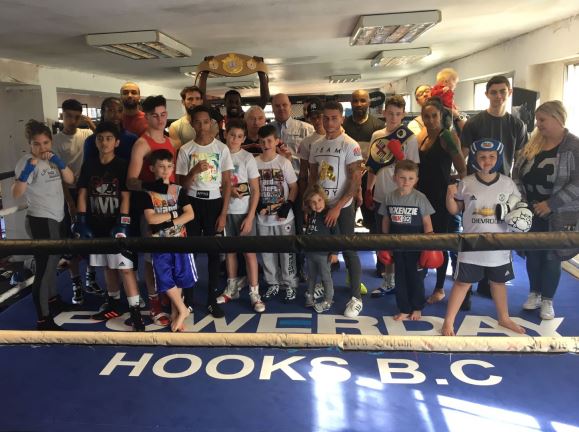