Powerday’s Senior Business Development Manager, Bob Casey, had the honour of being invited to a reception at Buckingham Palace 25th of March . The event was to celebrate the Anglo-Irish relationship and the invitation was extended to people who have made a contribution to that relationship.

Bob was recognised for his contribution to London Irish community and to London Irish Rugby Club where he made over 240 appearances, captaining the club between 2007 and 2011.

As one of a select group of ten attendees, Bob was privileged to have a private audience with the Queen, prior to the main reception in the white room.

Bob says: “It was an honour to be invited to the Palace and meet the Queen. ”. It was a very special evening and a privilege to be there.” 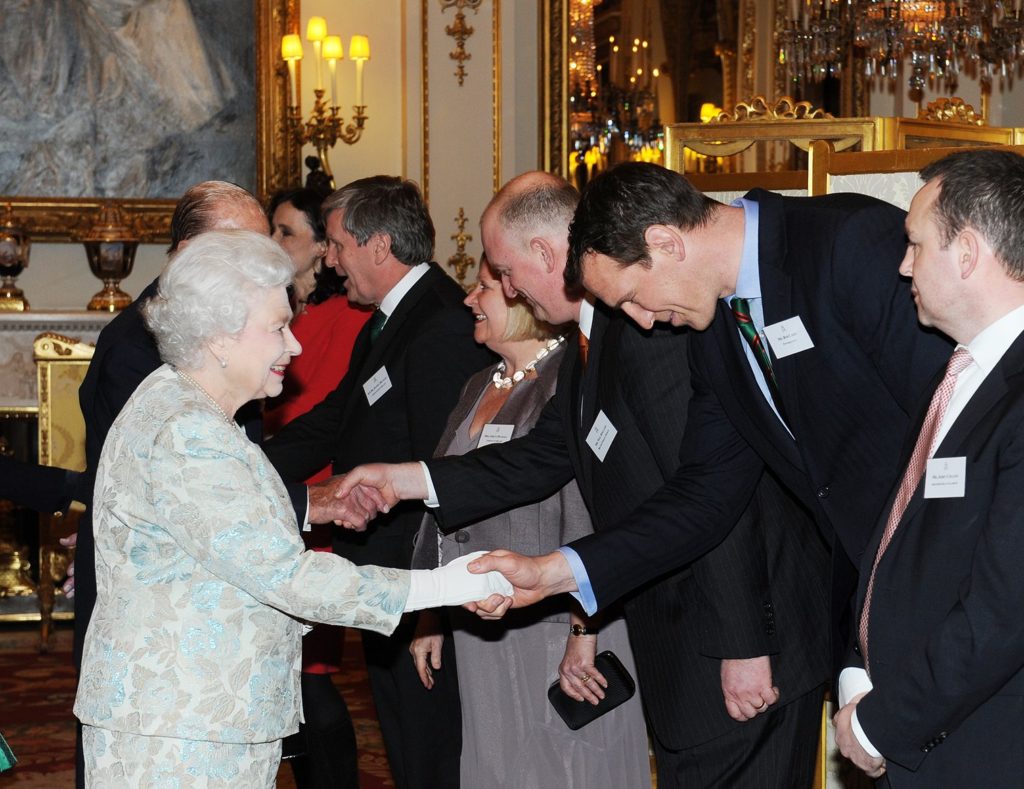