The club was founded at Fairbairn Youth Club in 1897 in Plaistow and has been pressured in to moving to various locations over this last decade over their 123-year existence.

Having gained national and international success through their members, the club has sought to find a permanent new home and this has been achieved through the London Borough of Newham, Powerday Foundation, London Marathon Charitable Trust and Sport England who have generously re-furbished the former community centre and upgraded all areas of the gym whilst also providing improved training and changing facilities.

The Fairbairn Boxing Club is now seeking to build on their increasing participation levels, numerous national champions and international representatives and now with open access and improved equipment, the club will move onto greater levels of achievement and out-reach work developing positive interventions for young people, negating peer on peer knife crime and anti-social behaviour.

Jumbo Basi, Fairbairn Boxing Club, Head Coach stated ‘For over four decades we have provided voluntary sport and social integration projects whilst producing over 30 national champions.  With these exceptional facilities we can build on this further without the restrictions of time, access and equipment. Our unbridled thanks must go to the Powerday Foundation, London Borough of Newham and its officers Mark Perkins and Tony Wyatt, Sport England and the London Marathon Charitable Trust. These facilities are a legacy programme post London 2012 and is a commitment from the community and council to empower locals to do more for young people across Newham’.

Powerday Vice Chairman, Edward Crossan said ‘Jumbo and the club first came to my attention through their desperate need to protect and extend their voluntary provision. We have been pleased to support the new facilities and to have brought together all the committed and essential partners to deliver a first-class gym and equipment for the young people of Newham and the surrounding areas. As a company and foundation, Powerday is committed to London communities and we are pleased to be able to continue this support for many years to come.

Powerday Foundation Ambassador, Joshua Buatsi said ’I am personally pleased to be supporting the Powerday Foundation and the Fairbairn Boxing Club. I personally understand the benefits of the sport and the positive changes that can be made to young people’s lives and opportunities for the better and Fairbairn Boxing Club will no doubt continue this voluntary provision on into the future’ 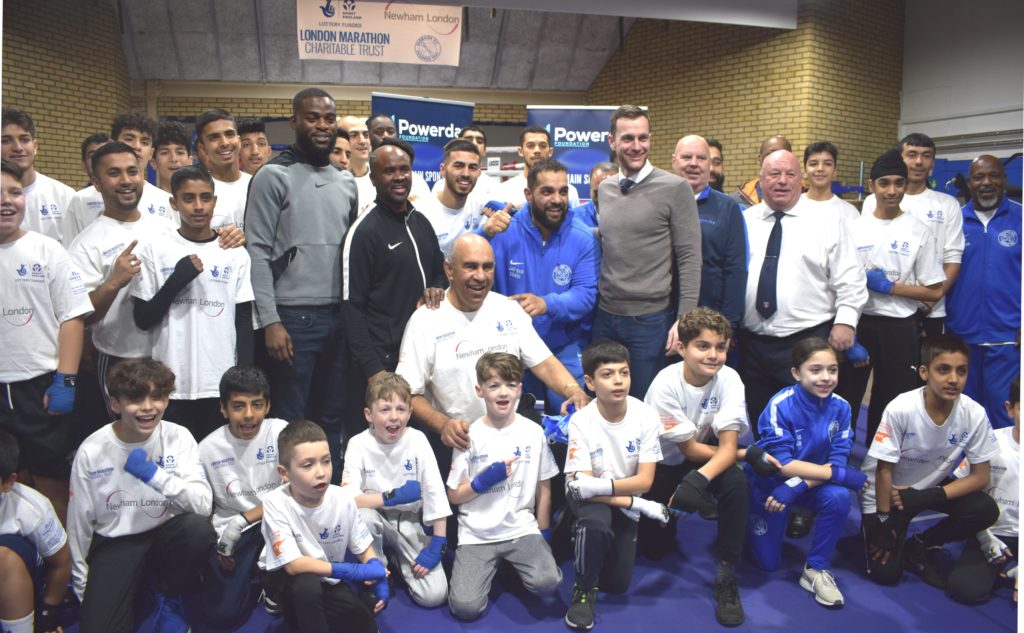