CALL FOR EVIDENCE AROUND RDF COINCIDES WITH LANDFILL TAX ANNOUNCEMENTS

The Department for the Environment, Food and Rural Affairs’ (DEFRA) current call for evidence from stakeholders in the refuse derived fuel (RDF) industry comes at an interesting time. Issued on 12th March and open until 9th May, the call for evidence to improve DEFRA’s knowledge on the export and domestic RDF markets coincides with news of the recent budget and also the forthcoming landfill tax increase.

The budget saw Chancellor George Osborne make the long overdue announcement on 19th March that both the standard and lower rate of landfill tax will rise in line with inflation from April 2015. Clarity was also given on the rate of landfill tax for fines and the proposed use of a ‘loss of ignition’ test (LOI) from April 2015 to determine whether material qualifies for the lower rate.

The landfill tax rise £8 per tonne from 1st April sees landfill reach £80 per tonne, an increase which will continue to pinch those who decline to move waste up the hierarchy.

With our substantial investment in RDF processing technology and baling and wrapping plant, we have developed a strong supply chain enabling us to supply renewable fuels to plants around Europe. DEFRA’s own figures confirm that last year 1.5m tonnes of RDF (up from 900,000 tonnes the year before) was exported and in the medium term, this supply chain enables us to divert resources previously lost to landfill to renewable energy plants. As well as moving waste up the hierarchy, this also means our clients are not subject to the annual landfill tax increases.

Powerday and others in the waste industry have taken this route as energy-from-waste capacity available to the commercial sector in the UK simply does not match the volume of material available. We see the export of RDF as medium term measure as the energy-from-waste (EFW) capacity is added to the market in the coming years, however all projects face very common issues in planning and finance so progress may yet prove to be slower than the market dynamics would suggest. Whilst we firmly support the principal of quality pre-treatment of the material to recover recyclables from the waste stream prior to RDF generation, any attempts to limit the exportation of good quality RDF in the medium term will inevitably result in resources being sent to landfill. I think it is worth noting that recycling first and RDF production second as well as making sound environmental sense also makes commercial sense so the two concepts are very much complementary.

We hope that the Government will refrain from taking any action that might work against the development of processing Infrastructure. These investments have only been made possible as a direct result of the success of landfill tax increases over recent years. The waste management industry should be supported so that valuable resources are recycled efficiently with any residual material then presented as a renewable fuel to generate energy – in the short term overseas, but then in the medium and longer terms domestically playing their part in the development of the UK renewable energy market. We would hope that as technology develops, the efficient energy-from-waste plants of the future will sit well in the communities they serve and from where the original materials arise. Only when such a vision is delivered – supported by Central Government Policy, Local Politicians, Communities and Local Development Strategies – can the rhetoric ‘waste is a resource’ become a reality rather than a catchy strapline. 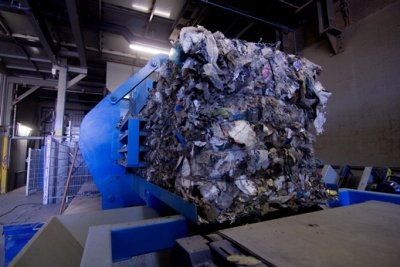