The Powerday Hooks Boxing Club was founded by Steve Newland in 2009, just after James DeGale had won his Olympic Gold Medal. Steve had coached and mentored James to this Olympic success and had a desire to establish his own club in South West London.

Having now gained national and international success, the club has sought to find a permanent home, and this has been achieved through the club’s main sponsors, Powerday, who has refurbished the facility, upgraded all areas of the gym and provided improved training and changing facilities. The club’s association with Powerday has been driven by Development Director, Edward Crossan (now club president) who has committed himself to ensuring the offer of community sport is available to young people across Ealing.

The new club headquarters has been assured through a multi-agency collaboration with Powerday, bringing together the London Borough of Ealing, Sport England, Big Lottery, Old Actonians Sports and Social Club and the Local Ward Forums of Ealing Broadway and South Acton. These agencies and community groups have played an essential part in providing a long-term solution for the club to flourish further in the future.

The club has also been a driver for change and for over six years, through close association with the family of Luke Fitzpatrick, who died tragically in a knife attack, has staged events to raise awareness about knife crime whilst also remembering Luke’s life and his family’s challenges. It is personal touches like this and the new gym which will help to further develop positive interventions for young people and negate anti-social behaviour through controlled and disciplined sporting experiences and social engagement, breaking down barriers and creating new relationships.

Powerday Hooks Head Coach, Steve Newland, commented: “For nine years we have produced 30 National Champions which is a great achievement, but our impact in providing positive health and mental wellbeing activities for the community and young people has also been inspirational and a focus of our voluntary provision, which we can now extend within our own premises without the restrictions of time, access and equipment.”

Powerday Hooks President, Edward Crossan said: “Steve and the club first came to my attention through my father’s relationship with Steve going back many years as young men playing football together. Once I had attended the club’s sessions, I understood and witnessed the value of what Steve and the club voluntarily provide for young people. I am proud of the fact that Powerday has supported the sport and delivered over £7million together with our other partners, directly into boxing clubs and projects through our Powerday Boxing Development Programme, but this family link gives me great pride in being able to support and help Steve in extending his social and sporting offer in these upgraded facilities.” 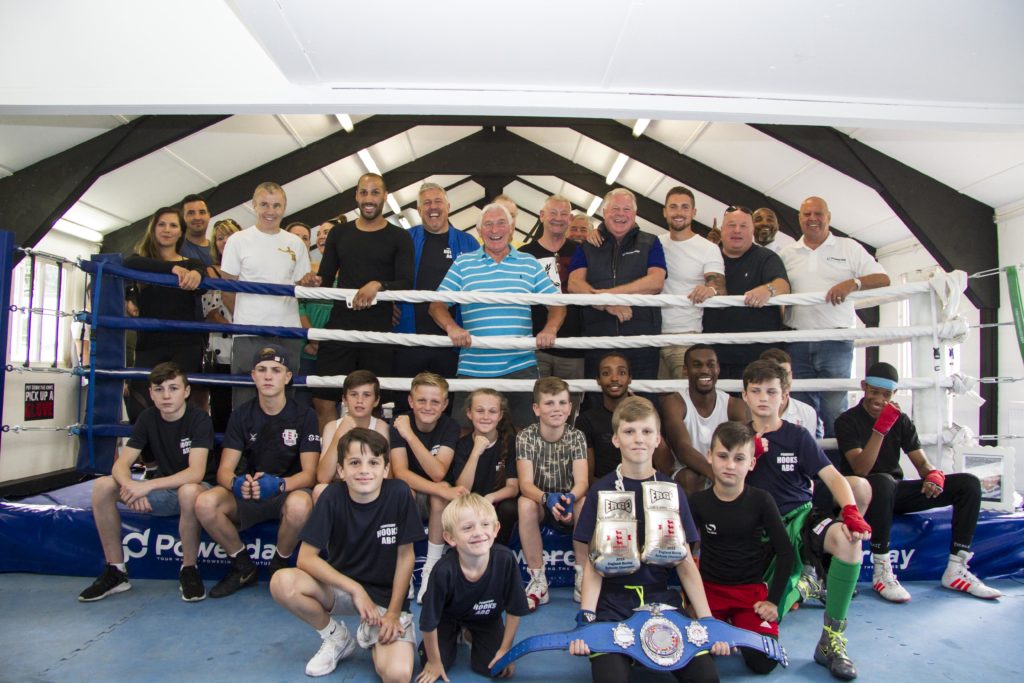